Happily Ever After – Tamara’s Story 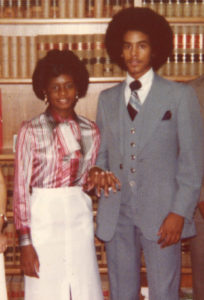 Tamara Johnson is a woman with a story to tell.  And you can tell from the light in her eyes, and the smile that blooms across her face, that the story you’re about to hear is a fairy tale.  It has all the elements: an innocent beginning, true love, bravery in the face of a threatening villain, and, of course, the happily ever after.

Tamara and Richard grew up in Saint Paul’s Rondo neighborhood, and their lives were intertwined from the beginning.  As toddlers, they both attended the same daycare at Univac, where their mothers worked, but they were too young to have memories of it. Later, when Tamara was a tween, she was riding in a car and saw Richard on the street. She told her aunt, “I’m going to marry that boy!”   And she was right.

The young couple purchased a home in the neighborhood and made it all theirs.  It was a place to raise their family and invite friends and neighbors for birthday parties and barbecues.  They welcomed three sons, and later a daughter through foster care and adoption. The home was open to all.

Richard, a carpenter, had a knack for major home improvements that were sometimes a surprise to his wife.  She came home one day to find the floor missing in the kitchen, where he was re-routing the basement staircase to change the traffic flow on the first level. These were no ordinary DIYs! 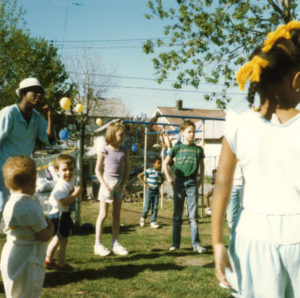 Life seemed idyllic until one morning when the Johnsons discovered graffiti on the side of their family van. When the police came to take a look, the officer nodded toward their growing boys and said that gang members in the neighborhood were probably targeting them, possibly for recruitment.  This changed everything.

Within weeks, the Johnsons had packed up their belongings and left their beloved neighborhood, moving to an apartment in the suburbs where they prayed that their boys would be out of the reach of gang members. And again, Tamara was right.  Her children thrived and were safe.  Though it was painful to leave the house they had worked so hard to make their own, she knew that home was more than a building – it was where her family was.

With her children raised, and now blessed with grandchildren, Tamara and Richard felt a call to come back to the city where they had their roots. They’d held on to their first home for several years but had eventually let it go, and now were starting over on homeownership. 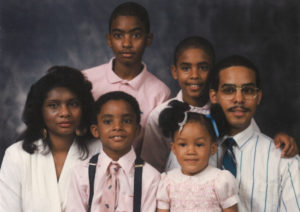 They found an adorable bungalow in Frogtown, not far from their childhood homes and just a few blocks from where their son now has a popular barbershop. It was just the kind of home that Richard would love – something that needed just a little attention, where he could use his carpentry skills to make it shine. And it was affordable, too. But they would need a down payment to make it theirs.

NeighborWorks Home Partners was able to give them the boost they needed with a down payment through the NeighborhoodLIFT program, and their happily ever after is happening now, just down the road from our main office.

And the story isn’t over. Tamara stops by from time to time with her grandchildren in tow, just to say hello. On one of her visits she learned about our home improvement options and is now in the process of getting her windows replaced to remove a lead poisoning hazard and putting a new roof on the house.  It’s an honor for us at NeighborWorks Home Partners to know that we’ve helped this family achieve their dream again, building a place of celebration for future generations. 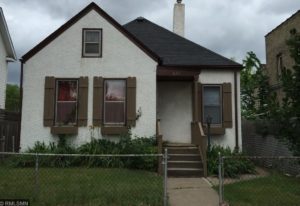