Kristin and Benjamin Connect with Community Through Homeownership

How do you define home? We all have different thoughts that come to mind when we hear this word. They might range from the functional (home is shelter) to the emotional (a place where you are always welcome). For new homeowner Kristin Klas, home is “a physical manifestation of values.”

Kristin and their partner, Benjamin, first met at North Central University, a small liberal arts school on the edge of Minneapolis’ Elliot Park. They grew to love the Twin Cities and ultimately settled here—living, working, and raising their now seven year-old son, Asher. Since 2011, Kristin has been teaching English as a Second Language with the Hmong American Partnership (HAP) in the Frogtown neighborhood of St. Paul, serving immigrants and refugees from around the globe.

Roughly a year after taking the job with HAP, Kristin and Benjamin moved into a Summit University apartment within walking and biking distance of Kristin’s work. They were happy with the convenience of their building but found it lacked a sense of community. Eventually, the building was sold and their new landlord repeatedly raised the rent (an all-too-common pitfall of renting). Combined with outstanding student loans and medical bills, living in the apartment became unaffordable, and Kristin and Benjamin decided it was time to buy a home.

They set a $100,000 budget for themselves, with a 600 square foot minimum in mind. Many friends of theirs were going through the homebuying process alone at that time. Observing how daunting that could be, Kristin decided that guidance would make the experience better. Familiarity was important to Kristin, and NeighborWorks Home Partners was in the neighborhood. They even had a connection: Nick Yang, a counselor at NWHP, had previously worked with Kristin at HAP.

Kristin and Benjamin knew they wanted homebuyer education and down payment assistance, so they scheduled a one-on-one appointment at NWHP. They met with their friend, Nick, who helped them methodically craft a budget true to their own personal financial objectives. He allowed them to do precisely what they wanted, helping them craft a custom plan that met their needs.

They also took advantage of a Home Stretch class. Though their advising appointment had given them a plan to reach their budget, Kristin and Benjamin still had unanswered questions with regard to the homebuying process. In Home Stretch, a series of professionals offered insight on how to approach the necessary measures for purchasing a home. A major takeaway came from the home inspector, whose advice for nervous homebuyers was to “replace anxiety with knowledge.” Kristin came back to this phrase repeatedly.

Now feeling informed and empowered, Kristin and Benjamin found a house that fit the majority of their needs and wants (among other things, two bedrooms, a potential office space, and an open floor plan). As they were deciding whether or not to make an offer on the house, they learned that that the asking price had been lowered by $6,000. Kristin and Benjamin made the offer. They were also able to apply for a NeighborhoodLIFT down payment from NWHP to make the home more affordable.  It felt like everything came together at the right time. 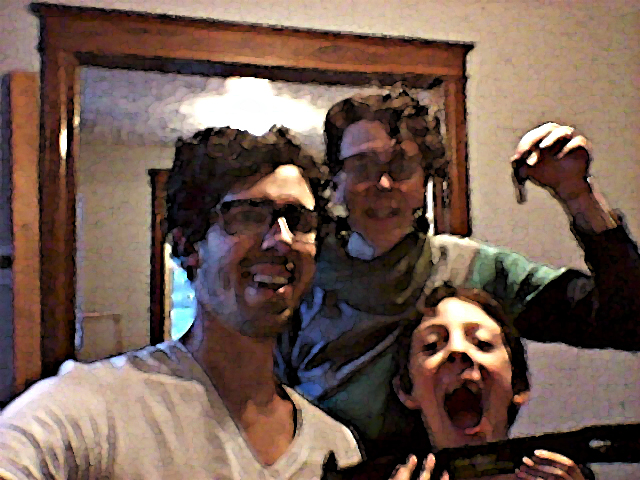 In their new neighborhood, Kristin feels the sense of community that was lacking when they rented. When Kristin, Benjamin, and Asher are out in the yard, neighbors regularly amble over and introduce themselves. And the very day they moved in, Kristin recognized a former student walking down the sidewalk who turned out to be their new across-the-street neighbor.

The new house had been a foreclosure and needed some work, but fortunately the Neighborhood LIFT loan created enough room in their budget to make these renovations possible. Kristin and Benjamin are now able to build and repair their home without the restraints of being a renter. With a lens through which, as Kristin said, the home is a physical manifestation of values, home improvement becomes much more than simply preserving the structure they inhabit. Instead, each alteration to Kristin and Benjamin’s home serves as an act of dedication to their neighborhood and a contribution to the community where they live.

If you are interested in homeownership, NeighborWorks Home Partners can help! Connect with our homeownership advisors to learn more about the homebuying process and prepare to qualify for a mortgage.

Working with NeighborWorks Home Partners gives me the privilege to serve a community’s needs while also gaining valuable work experience with a non-profit organization. I’m a senior at Fordham University majoring in American Studies with a double-minor in English and Music, and in my free time, I enjoy reading, writing, and playing guitar. Ultimately, I look forward to this job as an opportunity to learn and grow.

Working with NeighborWorks Home Partners gives me the privilege to serve a community’s needs while also gaining valuable work experience with a non-profit organization. I’m a senior at Fordham University majoring in American Studies with a double-minor in English and Music, and in my free time, I enjoy reading, writing, and playing guitar. Ultimately, I look forward to this job as an opportunity to learn and grow.