A vacant home gets a new life

“We are enjoying our beautiful home and getting to know our community and fellow neighbors!” - Amanda

A neighborhood nuisance for years, a foreclosed and vacant house is a home again.

826 Charles Avenue was one of many homes to fall vacant in the foreclosure crisis, transforming into a trouble spot on the block. Though it was boarded up, squatters took up residence, and it became known as a drug house with frequent police calls.

NeighborWorks Home Partners was able to acquire the home and began a complete restoration, with the goal of it once again becoming an owner-occupied property.

The home was included on the Twin Cities Home Tour, and we also hosted an open house to let neighbors and other community members have a chance to see the transformation. They also shared their stories of the previous residents and the role the home had played on the block, some negative, but most fondly recalling the times when the house had been a happy home. 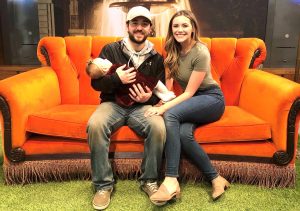 When the home was listed for sale, it was purchased by a military veteran family just re-entering civilian life with their newborn daughter, after serving with the US Marines. They were able to use NeighborWorks Home Partners down payment assistance to make the home affordable, and were happy to begin their homeownership journey in a lovingly restored home.

See the before and after photos: