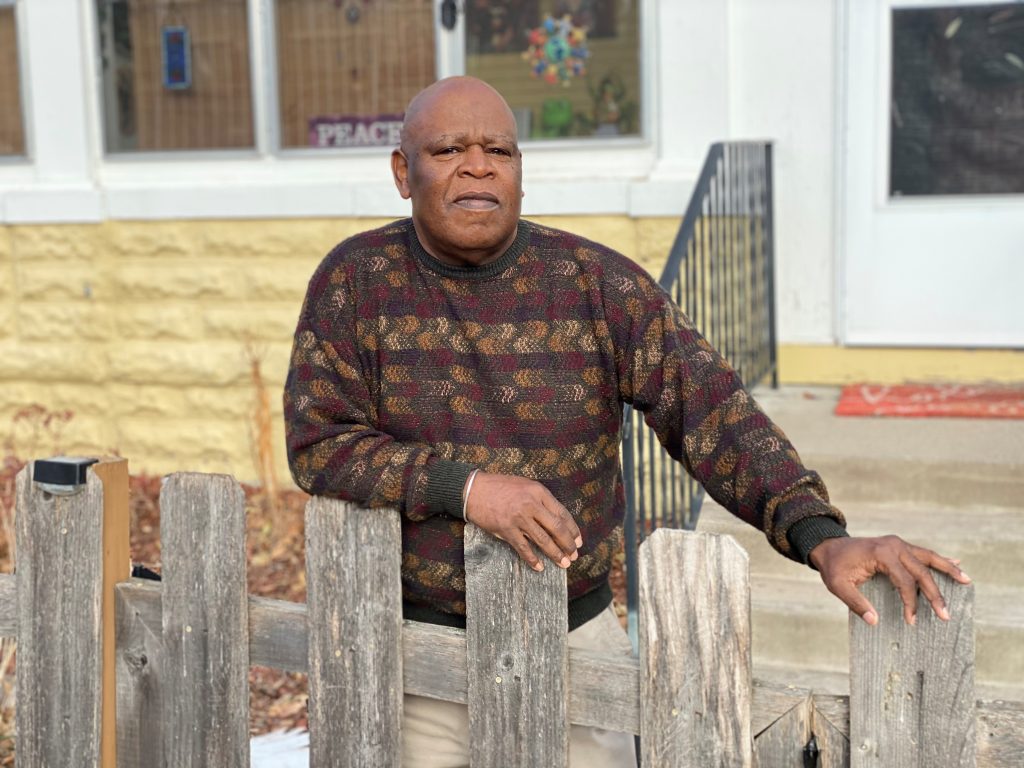 Robert McClain’s roots in Saint Paul are planted with intention. McClain grew up in Philadelphia but moved to the Twin Cities to attend Macalester College, decided that he liked what he saw and never left. That was over fifty years ago. “I liked the openness and green space. I liked that it was relatively a small town [compared to Philadelphia], it’s a ‘big-little-small-town,” says McClain.

McClain had interesting experiences at Macalester: “I met a lot of brilliant Black people there from all over the country,” he says. But, discrimination also characterized his recollection of his early years in the college and within Saint Paul. “At the time, me and couple of my friends went to look for off campus living arrangements and race became an issue. “There were not many, if any, people of color living on the streets surrounding the college. Landlords on Summit Avenue between Dale Street and the campus, Grand Avenue and the Macalester-Groveland neighborhood in general were not very receptive to renting to these new Black faces that appeared out of nowhere.” He also experienced discrimination at Macalester itself. “We had a Sociology professor who made a remark that black students would never get an A in his class, because they were not, in his opinion, college material.”

Many of McClain’s experiences led him to become politically active on campus, where he joined the Black Liberation Affairs Committee, (BLAC), an on campus organization that collaborated with other Black student organizations at Hamline, Augsburg, and the University of Minnesota. “We were active around the issues of recognition and inclusion, anti-racism and protesting the Vietnam War.”

While still in college, McClain had gotten involved in local community organizations in St. Paul such as the Inner City Youth League, St. Paul Urban League and Summit University Teen Center (The Loft), and became engrossed in what they were doing, namely advocating for people color and people in poverty. He continued working with these organizations after leaving Macalester and moving to the Summit-University community, and later Frogtown, maintaining that connection for his entire adult life. He also became involved with the local chapters of the NAACP and DFL Party, as well as the organization that would eventually become Neighborworks. 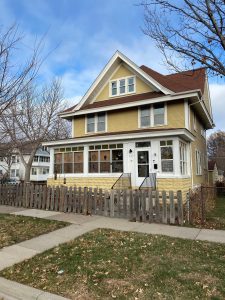 So, when McClain decided that he wanted to buy a home, he went to NeighborWorks Home Partners for help. The house he eventually decided on was one that had been rehabbed by NeighborWorks, and the organization helped him navigate the closing process. “NeighborWorks staff was user friendly and were vital in making the process incredibly quick with minimum stress,” he remembered. “There were four or five other people interested in the house, but they didn’t follow through with their paperwork and I did.” He praises NeighborWorks for “making the process very clear, explaining what you were signing and why you were signing it.”

Five years later, McClain still loves his house. “Being an inner-city person, I never wanted to move to the suburbs; I always wanted to be in the core city.,” he said. “That’s where the important resources are, that’s where you have developing housing and transportation initiatives, and that’s where current social issues are initially reflected. The living environment, good or challenging, is constantly changing. It greatly depends on how active you want to be and if you are able to persuade your neighbors to be active in maintaining the quality of life they wish to live in.”

Homeownership allows McClain another avenue to work towards racial and economic justice. “Everyone deserves a place to live, but you have to be willing to live in harmony with your neighbors.” McClain takes this creed to heart in all of the work he does in his community.

McClain continues to work as a community advocate, serving on the board of the Neighborhood Justice Center, which provides legal aid to defendants in the criminal justice system, the Patient Advisory Committee at Open Cities Health Clinic, and he also served as a Commissioner on the St. Paul Police Civilian Review Commission for 7 years.

Regarding the killing of George Floyd and police brutality in the Twin Cities, McClain is disappointed, but not surprised. “Police misconduct is a serious concern throughout the country. I’ve seen it time and time again, I’ve reviewed and acted upon complaint cases and experienced it personally.  The lives of Black people have been discounted and unlawfully terminated with minimum outrage leading up to and including the unnecessary death of Mr. George Floyd.

McClain feels we have a long way to go before achieving racial justice and racial equity in a tangible way. “Every system of governing power we have seems to share a common thread running through it. It is an ‘us against them’ mentality and operations. We see it in our courts, education, law enforcement, economic and political systems. This mentality is in direct conflict to government for the people, by the people, and of the people while separating these systems from people.” But he is committed to doing what he can to make things better, equal and just in his community, as he has done for much of his adult life.

These days, he’s thinking again about how his home can contribute to healing and health in his neighborhood, and considering opening up his yard as a space for a community garden. He’s put down roots here. A community garden will be an opportunity for others to do the same.

I believe that working to support access to affordable housing is the only way to address our history of housing discrimination and residential segregation. As the Storytelling VISTA, my primary role is to collect and promote the stories of the customers who NeighborWorks has assisted in the past as part of our outreach. I enjoy listening to music, playing guitar, and reading history in my spare time.

I believe that working to support access to affordable housing is the only way to address our history of housing discrimination and residential segregation. As the Storytelling VISTA, my primary role is to collect and promote the stories of the customers who NeighborWorks has assisted in the past as part of our outreach. I enjoy listening to music, playing guitar, and reading history in my spare time.